From 1 March 2020, new rules for annualised salaries will make keeping timesheets and conducting yearly pay reviews compulsory for some businesses.
Find out if it will affect your business.

Businesses have thrown their support behind the State Government’s decision to raise the threshold at which payroll tax kicks in by $150,000 to $1 million by 2021.

CCIWA has campaigned hard for cuts to the ‘jobs tax’ to stimulate job creation, support wages growth and increase hours for existing workers, with businesses overwhelmingly welcoming the relief.

Industrial vacuum manufacturer KingVAC’s Graham Bridle said while business was “excellent” at the moment any cut to payroll tax was a positive move, especially since he was about to increase the number of employees at his Bibra Lake-based business from 15 to 16.

“I haven’t worked out any figures on it but any relief on payroll tax is always a good thing,” he said.

Tax and business services director at Byfields Business Advisers Glenn Waldock said it had been a difficult climate for his SME clients with the payroll tax saving “appreciated for sure”.

“It’s still tough out there and I know a lot of SMEs would like to see the back of payroll tax altogether but any reduction the government brings in is better than nothing and a start anyway,” he said.

Bunbury-based Geographe Civil Director John Sydney-Smith said with the company experiencing one of its worst quarters in 17 years, any saving would help the bottom line.

“Geographe Civil paid approximately $166,000 in payroll tax so that will equate to a saving of about $6000 for us as a result of the changes to the payroll tax policy from 2021. So it’s not huge, they probably could have done a bit better than that, but I guess they have their overall budget to take into consideration.”

He said tender opportunities were now picking up and he expected work to increase over summer. 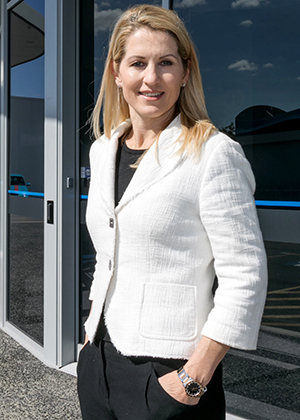 “So many companies have been operating with limited resources and staffing levels, this in turn also stifles investment in R&D and innovation. The positive ripple effect will be significant and welcomed,” she said.

WA Super CEO Fabian Ross said CCIWA had run an outstanding campaign on behalf of businesses in WA and welcomed the relief for thousands of businesses.

“It is pleasing to see we are supporting small and medium-sized businesses who may be struggling in the current financial climate,” he said.

“It also means potentially more jobs for people in our state as well as possible wage increases. Some businesses have been prevented from hiring additional people or increasing wages because of the threshold.”

CCIWA CEO Chris Rodwell said the decision to raise the payroll tax threshold to $1 million in 2021 went beyond CCIWA’s expectations.

“It also responds to the growing uncertainty in the global economic environment. WA does the heavy lifting in Australia’s trade effort. It is highly exposed to the headwinds in the global economy, including the US-China trade war. In this environment, it is vital that our State and Federal Governments remain vigilant in responding to changes in the economy.”

► Find out how CCIWA advocates for business here.