Chinese TV superstar Meng Fei was treated to a trip to Rottnest Island and a special rock lobster lunch by WA’s Exporter of the Year Geraldton Fisherman’s Co-operative as part of a networking event organised by CCIWA last week.

“Grandpa Meng”, who was in WA for four days visiting some of CCIWA’s other members including The Perth Mint and Curtin University, said in an exclusive interview that the lobster was “delicious and very nice”.

He now knew “all the different ways to cook lobster” after the GFC team served him up one of China’s most revered dishes in several different ways.

Best known as host of the Chinese dating show If You Are The One, Fei commands 34 million followers on Chinese social media platform Weibo, and five million on Douyin, the Chinese equivalent of Tik Tok.

Fei, who is in the top tier of celebrities with the largest social media followings, says he has more followers on Weibo because it has been around longer but that Tik Tok is currently more active, with short videos currently the most popular type of post on Chinese social media.

He’s not wrong – Fei’s power of posting was highlighted by his The Perth Mint video, which had been viewed by more than 2 million people and received 82,000 likes within a day.

But social media platforms come with a warning of how quickly things change in the modern world: “Based on algorithm prediction, the trend might be that in two or three years’ time, there may be new evolving forms that replace the existing,” he said. 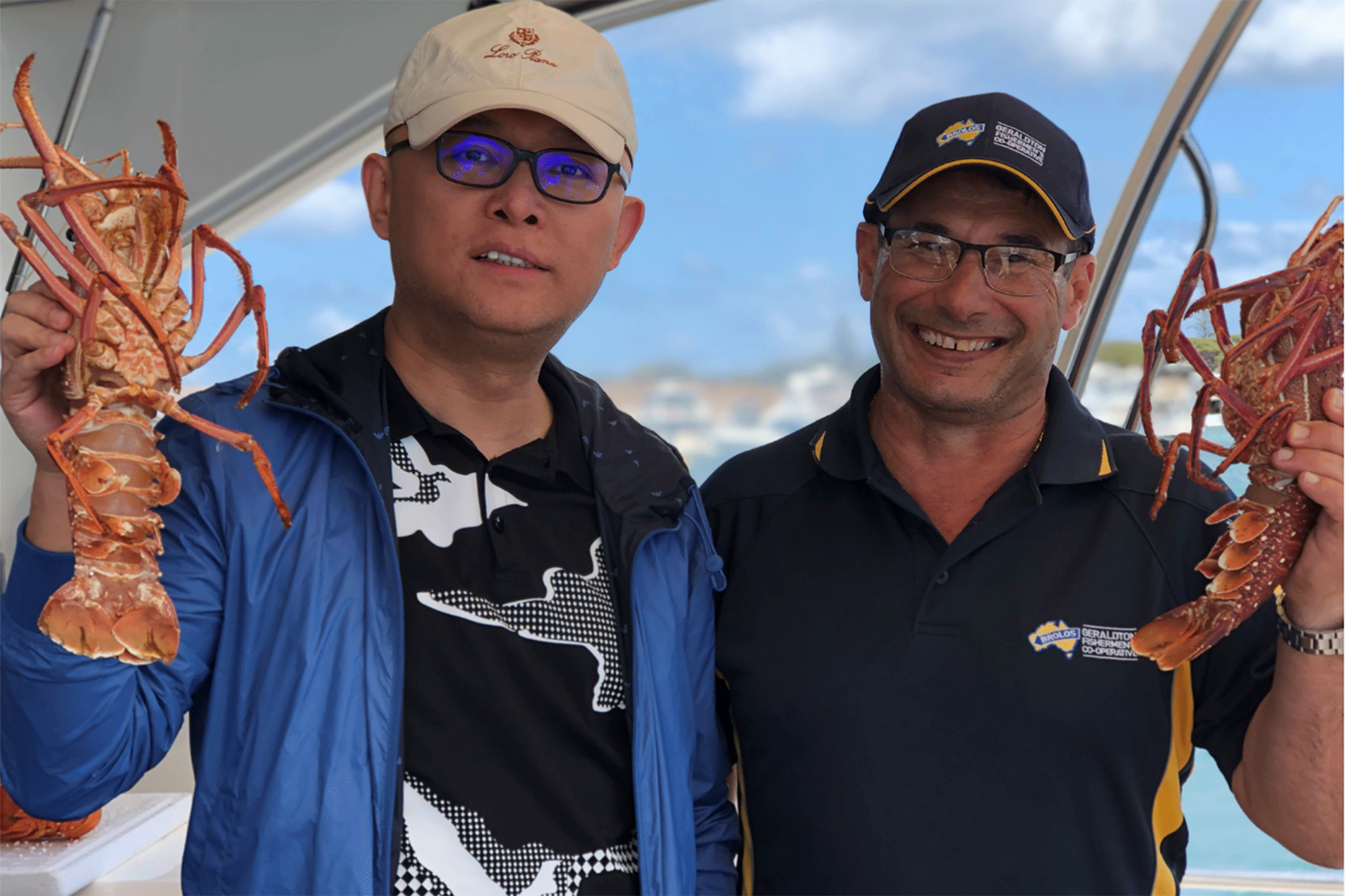 Lenzo, who organised transport for Fei and his entourage to Rottnest Island, said the visit was a great opportunity to help GFC, the state’s largest rock lobster exporter, tap into China’s e-commerce market.

“Delivery is a big factor, so they can order online with delivery to their door, it is much easier for them than having to go out and source it themselves or drive or ride and bring it back home,” Lenzo said.

He said demand for WA’s western rock lobster was currently high with Chinese New Year fast approaching because of the significance of the dragon to Chinese culture, with lobster known as dragon shrimp or longxia in China.

“They’re important all year round but most importantly coming up to Chinese New Year, which coincides with a high supply time for us. They are in greater abundance because they are migrating, so we are able to supply the China market when the demand is high,” he said.

Lenzo said a rock lobster caught off the coast of WA can be in China within three to four days, which includes two days resting time in special tanks at the GFC’s export facility near Perth airport, which ensures they reach China in top condition. 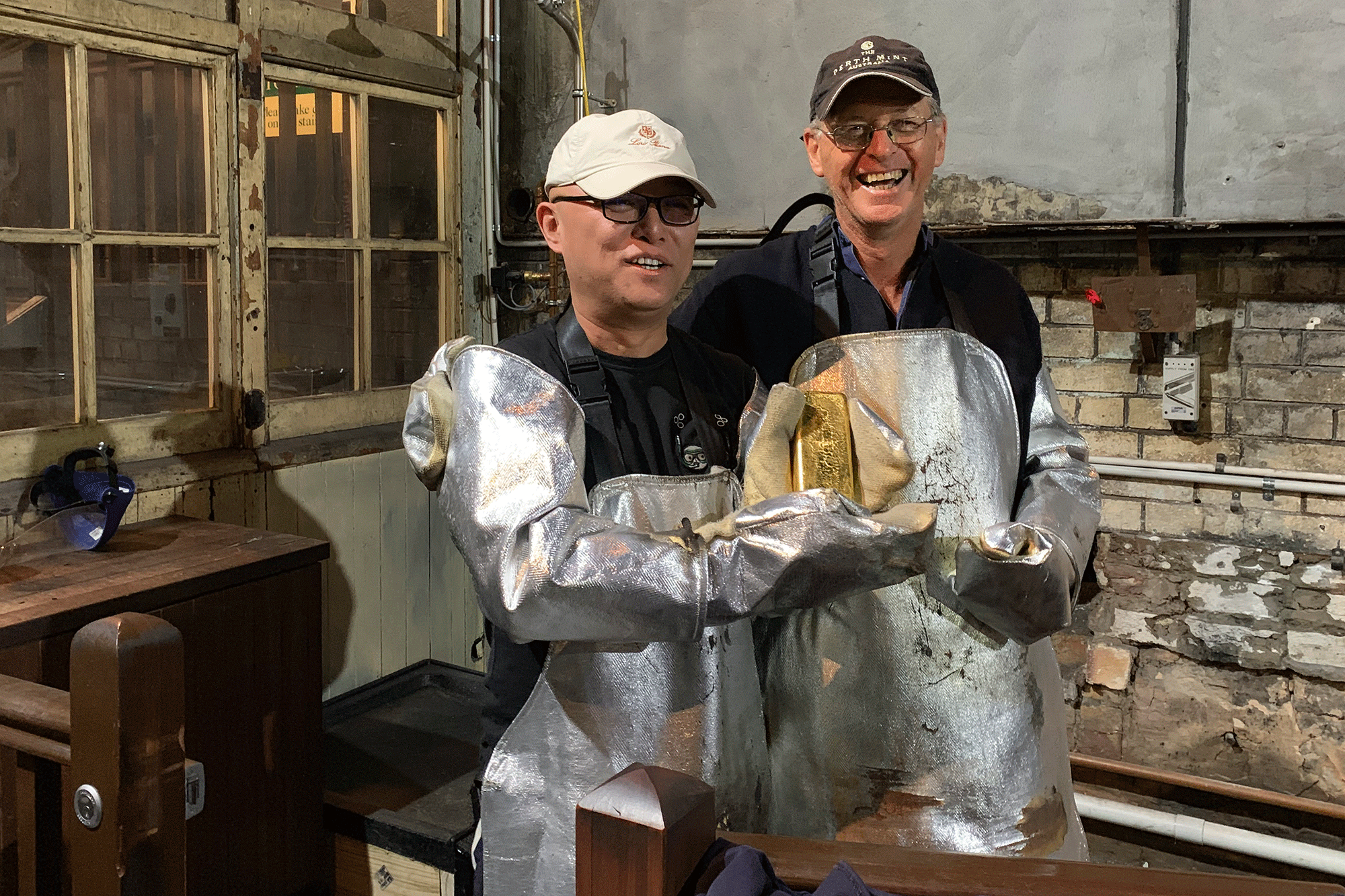 “We are delighted to have such a high-profile guest visit The Perth Mint to showcase our world class exhibition and many of WA’s attractions to his huge Chinese and international audience,” he said.

“The Perth Mint looks forward to Meng returning to Perth later this year to film for his television show and we confidently expect many Chinese visitors will be inspired to follow in his footsteps.”

“We could see that having a household TV celebrity visiting Perth was going to be a great opportunity to enable some of our members that are doing an incredible amount of business in China to be able to position their brand at that consumer level,” he said.

“Understanding that gold and rock lobsters are revered in China, it became an obvious opportunity for us to approach GFC, the largest exporter of rock lobster to China in Australia, and The Perth Mint, which has a significant export business in China, to be a part of this opportunity.”

Carter said the visit highlighted three main industry sectors that WA has significant engagement with China, especially since the China Free Trade Agreement was ratified, including higher education, food and agribusiness and mining and resources.

► Need help growing your business internationally? Talk to a CCIWA trade consultant on (08) 9365 7620 or visit CCIWA’s International Trade and Investment Centre to find out how we can help you expand your business.