Australian industry is well placed to contribute to addressing global food security concerns, as new data shows the value of agricultural exports is forecast to reach a record $64.9 billion in 2022-23.

The Department of Agriculture, Fisheries and Forestry June quarter Agricultural overview shows this is being driven by record forecast crop exports, which at $39.8b would represent the highest contribution (61 per cent) of crops to agricultural exports on record. 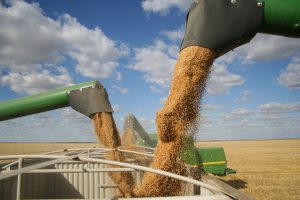 The value of livestock exports is forecast to fall marginally to $25.1b as beef export prices ease, the report shows.

“Ongoing disruptions to global supply chains and shipping are expected to continue to challenge Australia’s exporters, but are not expected to meaningfully restrict exports,” it said.

“Despite these ongoing challenges over the 12 months to March 2022, Australia shipped an average of 3 million tonnes of wheat, barley and canola (combined) per month, equaling shipping records set following the then-record 2016–17 harvest.”

The report noted that rising global food prices are not expected to begin easing until 2023, with the World Bank saying that as of April 2022 prices were 78 per cent above their average between 2015 and 2019.

The Russian invasion of Ukraine, and rising energy prices (and subsequent higher fertiliser costs) as a result of sanctions on Russia were behind the upward trend, the report said.

“A combination of continued poor seasonal conditions and higher input costs is reducing production prospects worldwide and means the ratio of food supply to demand is likely to fall to its lowest level in eight years (for the 12 most important agricultural commodities),” it said.

The report noted that the policy response to higher food prices by many countries has been to restrict trade — repeating the same mistakes made in the 2008 food price crisis.

As well as avoiding export restrictions, the report warned against interventions in domestic production such as producer supports, interventions in the markets for inputs such as fertiliser, and the introduction of more onerous trade rules. 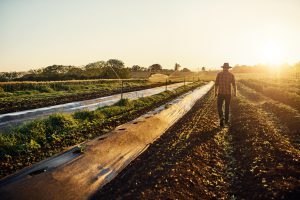 “Notwithstanding the current challenges facing exporters such as COVID-19, global tensions and freight and logistics bottlenecks, Australian produced and manufactured food is in demand and recognised for its quality, reliability of supply and providence.”

Carter adds: “My team are here to help WA food and agribusiness exporters to export their produce and AgTech services in the areas of export market selection, buyer business matching, navigating import protocols and understanding the benefits of relevant Free Trade Agreements (FTAs).”

A historic new deal on fisheries subsidies was agreed at the World Trade Organization Ministerial Conference in Geneva on June 17 in what is hoped will shore up fish stocks.

After a marathon five-day negotiation at the Conference, Trade Minister Don Farrell and Assistant Trade Minister Tim Ayres said Pacific Members have consistently identified a treaty to deal with the problem of fish subsidies as one of their highest priorities at the WTO.

“Subsidies contribute to the problem of over-fishing, and the decline in global fish stocks is a growing problem,” they said. “The treaty builds on WTO subsidy rules, to prohibit and discipline harmful subsidies.”

To ensure the treaty worked best for the Pacific region and delivered maximum environmental benefit, negotiators also pressed for a “high ambition” provision, to tackle subsidies to long-distance fleets on the Pacific Ocean.

“Australia and Fiji worked together closely in the talks to insist on a treaty upgrade within four years to tackle subsidies which lead to overcapacity and overfishing,” the joint statement said.

“This innovative new provision will reduce overfishing on the high seas by major fishing nations with long-distance fleets, the type of fishing that is most harmful to fish stocks in the Pacific region.”