There’s another resources boom underway — but unlike the last one, Chinese demand for iron ore is a lesser player: this boom is being driven by the surge in those minerals that make smart phones, and particularly electric vehicle (EV) and renewable energy power systems, work.

That in turn means nearly every other mineral mined in Western Australia is going through a surge in price, and so too are the values of the companies doing that mining. 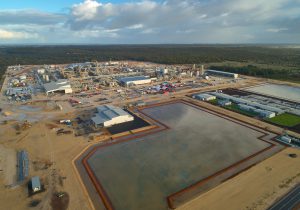 We're talking about copper, lithium, aluminium, nickel and cobalt – the ‘CLANCs’. And to a lesser extent, the rare earths — lanthanum, cerium, neodymium and praseodymium (NdPr), plus 13 other lanthanide elements, and related substances such as scandium, yttrium and molybdenum.

Lithium prices, for example are up by between 70 per cent and 120 per cent from one year ago depending on the market (carbonate or hydroxide) and quality of the material.

In early February, Morgan Stanley predicted that by the end of the year the aluminium price would be at US$3500/t on the back of falling inventories and a rising cost curve. It breached that level on March 1 and hit US$3849/t two days later before falling back somewhat.

Cobalt is back in favour, too: after drawing significant interest through 2016-17, cobalt fell back to near its historical average in the low US$30,000s per tonne in 2019. Producers would be much happier with the US$79,000/t offered by today’s market.

Read the full story about “The new, new resources boom” in the Autumn edition of WA Works magazine, out soon.

There’s another resources boom underway — but unlike the last one, Chinese demand for iron ore is a lesser player: this boom is being driven by the surge in those minerals that make smart phones, and particularly electric vehicle (EV) and renewable energy power systems, work.
Our WA Works content is only available to subscribers

WA Works is a subscription-based service and the number one source of WA supply chain and major project news. Our team of well-connected and industry-wise senior journalists produce exclusive, well-informed content that reflects the diversification and innovation vital to the pace of WA's transitioning economy.
Subscribe Today Already a member? Login
Login

Increasing the visibility of disability
Employers are being urged to do more for the vast majority of Western Australians with a disability who aren’t eligible for assistance under the National...
Read more »