We have seen a drastic increase in scrutiny of Enterprise Agreements by the Fair Work Commission (FWC) in the last couple of years. Last financial about 5300 applications were lodged with the FWC. The majority were approved with undertakings but there was a median approval time of 93 days. 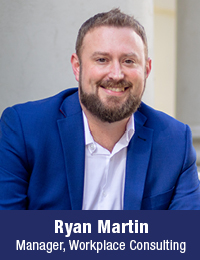 This year we are assisting some CCIWA Members who lodged their agreements in September last year which have still not been approved.

The FWC has taken steps to help employers understand their compliance issues and the increased scrutiny is not necessarily a bad thing, but employers are being surprised by the increased amount of work required to get these agreements completed.

Employers may only realise the changes when they go to fill out Form F16 and F17, which were recently updated, and now require far more detail and documentary evidence of steps taken by the employer throughout the enterprise bargaining process than four years ago.

This changing regulatory environment is significantly increasing the cost and time for a business to get an agreement approved, so you need to be properly prepared for a more rigorous process.

Here are four steps you can take to make the process easier:

If your agreement is due to expire later this year or you are considering negotiating a new one, we highly recommend you start the process sooner rather than later.

As our team deals with agreements every week, we have also created templates and streamlined processes to reduce the cost of preparing an agreement.

Don’t wait until it is about to expire because a/ it takes longer to get to the point where you are ready to lodge the agreement, and b/ the FWC is taking longer to approve agreements.

The more customised the agreement and the more it differs from the underpinning award, the longer the approval process is likely to take. This means that if you require flexibility from your agreement, you need to have undertaken a thorough examination of the proposed agreement terms against those of the relevant award.

In general, if you require assistance you should get in touch with us at least six months before your agreement expires.

In light of these conditions, it is a great opportunity to refresh what your agreement looks like.

Rather than using your previous agreement as a starting point and trying to add clauses to make it compliant, you can take a step back, look at how your business operates now and how you intend it to operate going forward.

You can then ensure the agreement you are going to have for the next four years is part of your overall strategy instead of just a rehash of what you had in place last time.

As it’s an election year, if there is a change of government it may mean changes to the rules around process, so if you can get one in now and approved ahead of the election, you may have greater certainty around what the workforce is going to look like for the next four years.

When an employer engages with us in the first instance to complete a new enterprise agreement, the first thing we do is send an overview of what the process will look like and what the dates for milestones are.

The key milestones are legislative requirements, so if they miss one the FWC may not be able to approve it and whole agreement can fall down, even if it has been negotiated for six months and the full workforce votes it up.

This is why it is important to know where the goal posts are and we can help with that.

Several significant decisions by the FWC in recent years have clarified their expectations of an agreement which has made it easier for our team to draft agreements that are more likely to be approved.

There have also been quite a few changes to the law that are now basic requirements, such as the inclusion of domestic violence leave.

The better off overall (BOOT) test is also facing tighter scrutiny, so you really need to look at all the benefits and how they are meeting those requirements.

Our team is aware of the common roadblocks for approvals, so we can ensure you are adequately prepared for them and have the best possible chance of having your agreement approved, letting you get on with the job of running your business.

Ryan Martin is the Manager of CCIWA’s Workplace Consulting.