Federal Industrial Relations Minister Christian Porter has promised to work to clarify a controversial ruling on casual entitlements that could cost businesses up to $39 billion.

The decision, handed down in May this year, found that an employee of a labour-hire business engaged and paid as a casual was in fact “other than a casual employee” and therefore entitled to annual, compassionate and personal leave. 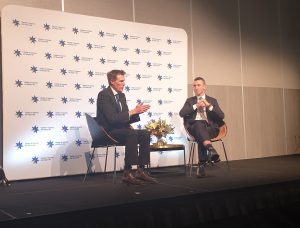 The Department of Industrial Relations estimates that this decision could cost Australian businesses $18-39 billion in back pay.

The Minister says Australian businesses were now in a “state of confusion” as to the definition of casual work, which was “extremely unhelpful for the process of job creation”.

“Post the recent Rossato decision, the employment status of over two million Australian workers is accompanied by a far too high degree of unreasonable doubt,” he says.

“The financial liability for businesses is unbelievable given the current economic climate.

“One way or another I can say that we’re not, as a government, going to let Australian business, at its most distressed point in Australia’s economic history, face a potentially $30 billion-plus bill going back six years.”

Workpac has appealed the decision to the High Court.

Minister Porter applied to intervene in the case and is chairing a COVID response working group on casual employment to provide greater clarity on the issue.

CCIWA Chief Economist Aaron Morey, who described the Rossato decision as “taking a sledgehammer to a walnut”, asked the Minister how he would address the issue of double-dipping – where employers need to pay 25 per cent loading plus leave entitlements to casuals.

Porter says the issue could be addressed either through the High Court or via legislation in Parliament.

Porter says the Federal Government is determined to come up with a definition of casual work that is clearer than the current Common Law definition: “essence of casual”.