The Industrial Relations Legislation Amendment Act 2021 is based on a range of recommendations arising from the 2018 Ritter review of the State industrial relations (IR) system and the 2019 Beech review into wage theft.

For employers covered by the state IR system, the amendments are largely based on existing provisions within the Fair Work Act 2009 (FW Act). The key changes include: 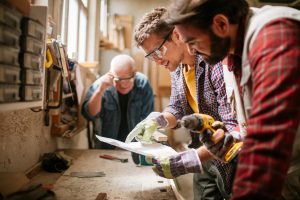 However, there are a number of changes that impact employers covered by both State and national IR systems. These include:

CCIWA Principal Industrial Relations Consultant Paul Moss said for many CCIWA Members, the most significant changes are the amendments to right of entry provisions, and amendments to the Long Service Leave Act.

“During discussion on the Bill we highlighted our concern that many workplaces do not allow the use of electronic recording devices for safety, security or intellectual property reasons, which are not considered within the Bill,” Moss said.

“We also raised concerns that unions will use recordings for other purposes, such as part of an industrial campaign or to target non-union members. The Bill does not include any meaningful protections to protect against misuse of these provisions.”

Despite these concerns, Moss said there were practical steps that organisations can take to minimise this risk and CCIWA was working with affected members to implement these.

The Bill establishes an anti-bullying/sexual harassment provision within the IR Act, which allows the WAIRC to issue orders to prevent workplace bullying in line with the recommendation in the Respect@Work: Sexual Harassment National Inquiry Report.

“These provisions are based on those currently operating nationally under the FW Act, but it remains unclear whether the FWC will adopt the same process for triaging these applications as occurs with the FWC,” Moss said.

For more information on the changes see here.

The new amendments also establish provisions that facilitate the transfer of all local governments into the State industrial relations system.

However, for those local governments currently covered by the national system, this won’t occur unless the Federal Industrial Relations Minister issues a declaration to give effect to these provisions.

Moss noted that those local governments which are currently national system employers will remain regulated by the FW Act for the time being.

For advice and guidance on the changes, contact CCIWA’s Employee Relations Advice Centre on (08) 9365 7660 or email advice@cciwa.com.