‘Quit or learn and get better’, Langer says of overcoming challenges

Legendary Australian cricket coach and player Justin Langer has described the challenges of taking over a national team at “rock bottom” while offering insight into his leadership style and values in a keynote address for CCIWA’s inaugural Lunch with a Legend.

Speaking to a captivated audience of more than 200 attendees at Optus Stadium’s River View Room, Langer recalled his own personal journey from an 18-year-old aspiring to play cricket for a living to making his Test debut against the West Indies at Adelaide Oval in 1993 and dealing with critics and naysayers. 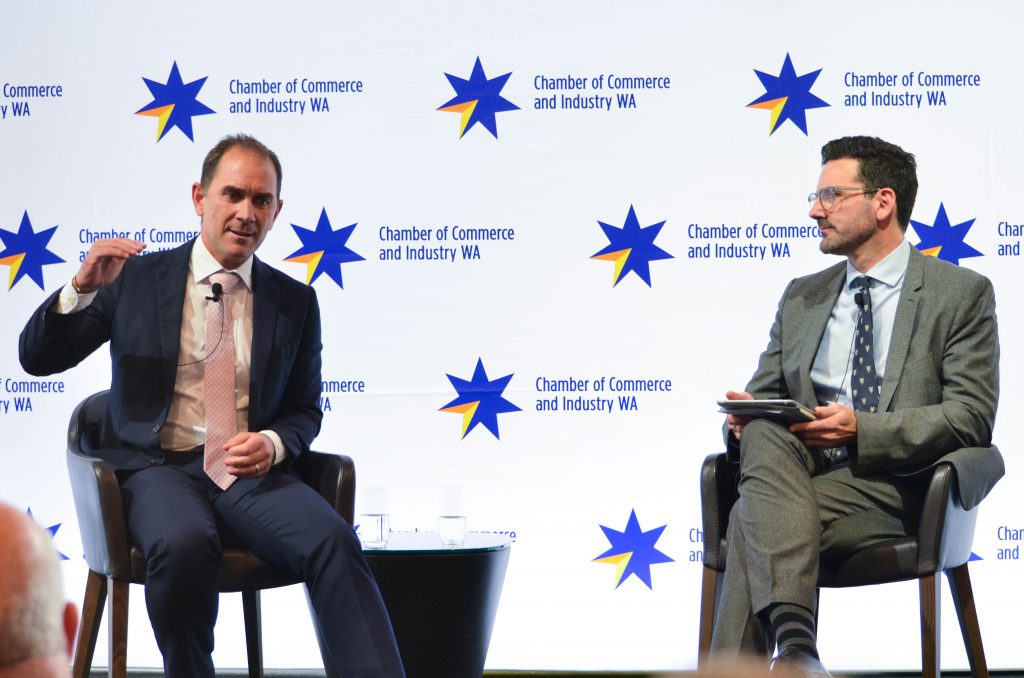 He told of several mentors who have had a profound impact on his life and career by spurring him to do better and, in turn, influencing his leadership style.

“You’ve got two choices when things get tough: you either quit or you learn and get better,” he told the room of business leaders.

“Great leaders walk the talk. There’s an old saying, ‘if you preach excellence and you walk mediocrity you’re nothing but a common liar’.

“Anyone can talk a good game; great leaders, they do what they say they’re going to do.”

He added: “You’ve got to know where you’re going.”

“It’s a great lesson; if you want to be a leader you’ve got to be willing,” he added.

Langer, who took over as Australian cricket coach in 2018 when it was at “rock bottom”, said his vision for the team for the past three years is unchanged: “To make Australians proud” as well as “develop great cricketers and great people”.

He said the team lived by the five values of honesty, learning, mateship, humility and leadership.

Using the analogy of a ship’s captain, he said leaders needed to step up at three critical junctures:

Using an anecdote of how former Prime Minister John Howard remembered his grandfather six years after an initial chance meeting in the Australian team’s change rooms, Langer told the room of business leaders: “Make people feel special; care for them and it’s amazing the difference it can make”.

Lunch with a Legend is CCIWA’s newest annual events series.

For the latest events and ticketing see the CCIWA events page.