State-owned electricity retailer Synergy has been found to have breached WA’s Wholesale Electricity Market Rules by inflating its prices between 2016 and 2017. 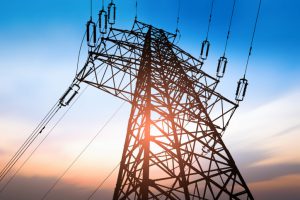 In a ruling handed down by the Electricity Review Board (ERB) last month, it agreed with a 2019 finding by the Economic Regulation Authority (ERA) that Synergy contravened the rules by supplying electricity into the Balancing Market “at prices that were above its reasonable expectation of the short run marginal cost (SRMC) of generating that electricity and that this behaviour related to market power”.

The ERB said in its published decision that the offences occurred between April 16, 2016, and July 10, 2017, with the balancing prices offered by Synergy exceeding $40/MWh.

The ERA alleged that the contraventions were the consequence of Synergy inflating the costs attributed to starting up a gas-fired generator and to the cost of gas consumed in generating electricity.

The cost of gas, it alleged, was being based on the price of new Gorgan contracts that had been delayed, and not the lower price of gas from the Northwest Shelf where it had continued to buy gas during some of the period in question.

It also alleged it had a wider effect on the wholesale market and pushed up prices between $100 million and $192m.

Synergy, in its response, rejected that it had contravened market rules, saying its estimates of start-up costs were not unreasonable based on the method used, and it was reasonable to use the price it paid under the Gorgon contracts “because the expression ‘short run marginal cost’ in clause 7A.2.17 should be interpreted to extend back to the making of those contracts”.

The ERB found: “For the reasons given below the Board is satisfied that, in respect of each of the balancing submissions the subject of these proceedings, the respondent offered a price which was in excess of its reasonable expectation of its SRMC and that its conduct related to market power”.

The ERB’s decision dealt only with whether the alleged contraventions occurred.

It will now seek submissions from both Synergy and the ERA on the “precise formulation of the declaration recording its findings” with a further hearing to consider any penalty “and other relief”.