Mining now comprises a record 47 per cent of the WA economy — increasing WA’s extraordinary reliance on one sector.

The annual ABS State Accounts, released today, show that nationally the next highest share of a state economy by one industry is the health and community services sector in Tasmania, at 12 per cent.

After mining, WA’s next-biggest sector is construction, making up 5 per cent of our economy in 2020-21. 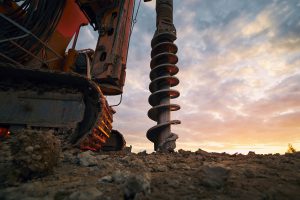 CCIWA Chief Economist Aaron Morey said the results reinforced calls from CCIWA for a host of economic reforms to drive the diversification of the WA economy.

“Importantly, diversification can occur alongside a strengthened mining sector,” he said.

The ABS report also revealed WA’s economy grew by 2.6 per cent in 2020-21. CCIWA’s Outlook estimated 2.9 per cent. WA grew more strongly than large states like New South Wales and Victoria, but slower than South Australia, Tasmania and the ACT.

After weakness over eight of the past nine years, non-mining investment surged to 8 per cent, fuelled by Federal Government business incentives.

WA benefited from growth in the agriculture (up 23 per cent), manufacturing (8.7 per cent) and health care sectors (up 6.9 per cent).

Robust demand for goods during the pandemic underpinned strong growth in wholesale trade (10 per cent) and retail trade (8 per cent).

“The challenge is clearly there for WA to achieve broad-based growth across its economy,” said Morey.

“CCIWA continues to advocate for policies to drive diversification, including a strengthened approach to attracting international investment, as well as much-needed investments in digital government.”