What did the Budgets deliver for business?

Home » Business Pulse » What did the Budgets deliver for business? 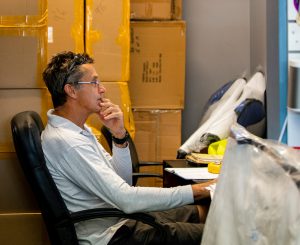 Federal Treasurer Josh Frydenberg announced a host of measures to incentivise businesses to invest and take on staff.

Historic State and Federal Budgets released last week aim to tackle the COVID-19 economic crisis, but what do they hold for business?

The Federal Budget focused on the steady transition away from the enormous JobKeeper program, which has been assisting 85,000 Western Australian businesses through the shutdown.

The full cost of new assets like plant and equipment will now be tax-deductible for all but the largest businesses.

You can claim back the full value of assets in the year in which you first use or install it, reducing your tax liability and increasing your cash flow. This applies until June 2022.

You can get a tax refund on the difference when you lodge your next two tax returns.

For businesses between $10 million and $50m turnover, ten tax concessions have opened up to you, from the immediate deduction of start-up expenses, prepaid expenditure, fringe benefits tax and access to simplified trading stock rules.

All but the very largest businesses can claim a $200 per week ‘JobMaker’ subsidy for hiring an unemployed person 16-29 years old, or $100 per week for a new employee aged 30-35.

To power-up trade skills and manufacturing, there is also $1.2 billion worth of subsidies to pay half the cost of employing a new apprentice or trainee.

With the 32.5 per cent rate moved up to incomes of $120,000, the ATO will now begin taking less from Australians’ pay packets.

The State Budget’s approach to pursuing our recovery is a reduction in fees and charges for households, and a surge in public infrastructure spending.

An electricity credit worth $600 for users of Horizon and Synergy will ease cost pressure on households but unfortunately doesn’t extend to businesses.

A vast $27bn expansion in infrastructure like METRONET constitutes a 46 per cent increase in WA projects.

That will stimulate activity in the building and construction sector for years.

The Budget also accounts for previously-announced freezes and waivers of license fees and utility costs for businesses.

CCIWA CEO Chris Rodwell says the McGowan Government has missed the opportunity to better incentivise the business community to power up the economy.

“Inefficient taxes like payroll and stamp duty, the retail electricity monopoly and State’s lack of effort in positioning for global capital and customers remain a challenge,” he says.

“Budget Week has delivered some solid wins for the business community, secured with the assistance of the Chamber movement, but more needs to be done to restore our economy.”

Read CCIWA’s media statements in response to the State and Federal Budgets.