Your guide to operating through COVID-19 restrictions

A snap lockdown or COVID-19 restrictions can affect businesses differently -  from directing staff to work remotely to finding safe and effective ways to manage staff in the workplace.

To help you navigate the rules, we've answered your key questions and compiled the resources you need to help your business during this time.

What restrictions are in place for my business?
Perth and Peel's lockdown measures include:

All these measures will be reviewed regularly, and the Chief Health Officer will continue to monitor the serious situation and provide more ongoing advice. Visit the State Government’s COVID-19 site for further information.

The State Government has uploaded its directions for the lockdown, which provide further information on when people may leave home to attend work.

It is also mandatory for individuals to check-in at businesses required to keep a contact register. Individuals could face penalties if they fail to check-in.

What are the rules around masks?
During a lockdown, masks are compulsory indoors and outdoors, in the workplace and on public transport.

People don’t need to wear a mask at work if the nature of the person’s occupation means wearing a face covering:

People also don’t need to wear a mask if:

Can I require employees to work from home?
The following workers whose work is critical to the continued operation of the following services, and who cannot practicably work from home, may attend work in person:

A list of Essential Providers and Essential Health Services can be found here.

Can I stand down workers if they can't work? Do I have to pay their wages?
National system employers not covered by an enterprise agreement or contract of employment that deals with stand down, may be able to lawfully stand down some or all of their employees, where the following applies:

The employee cannot be usefully employed because of one or more of the following:

These stand down provisions under section 524 of the Fair Work Act do not require employers to pay employees that have been stood down, for the period of stand down. However, staff still need to accrue leave during this time, in the same way they usually would.

If an employer is covered by an enterprise agreement or contract that deals with stand down due to the reasons outlined in s524 of the Fair Work Act, then the Fair Work Act stand down provisions don’t apply and instead the employer must follow their agreement or contract. Where this is the case there may be additional considerations and obligations to take into account, such as payment of wages during stand down periods.

Stand down during COVID-19

In the context of COVID-19, a stoppage of work beyond the employer’s control may include a business closing because of a government directive or a stoppage of work due to lack of supply or stock (i.e., builders are unable to source building supplies because of disruptions in supply chains resulting from COVID).

When standing down employees, it is common for employers to advise their workers that they may apply to access their accrued annual leave entitlement to cover all or part of the period.

Where an employee does so, they are not considered to have been stood down for the period of leave. If your staff are covered by an enterprise agreement or contract of employment, there may be additional obligations that need to be considered.

NOTE: There are a range of considerations that need to be taken into account before standing staff down. These include flexing hours, reducing hours, agreeing to or directing staff to take annual leave, accessing paid or unpaid pandemic leave.

Entitlement to pay and leave during the lockdown should be assessed on a case-by-case basis.

Do I need a safety plan to reopen?
When re-opening after a lockdown period, certain businesses will be required to have, or update, a safety plan.

They will also need to display a safety plan certificate in their venue. These businesses include:

What is a safety plan?

A safety plan is a plan that addresses how the business ensures that:

What is a safety plan certificate?

Note: Information about preparing safety plans, as well as safety plan certificates, are provided at the following website.

What are the rules around COVID-19 testing?
If an employee is unwell and/or awaiting COVID-19 test results, they must not attend work.

How, or if, they are paid for this period will depend on a range of factors including:

Personal leave can be taken by an employee if they are ill or injured and have met notice and evidence requirements.

If your employee is not able to work because they are sick and they have met notice and evidence requirements, they may be able to access their accrued paid personal leave during such periods.

If the employee is well but can’t attend work because they are awaiting their test results, if they can work remotely, then they should do so and be paid their usual wages.

If they are well but can’t work remotely, then they may opt to take authorised unpaid leave or annual leave or, where they are covered by an industrial instrument that provides for unpaid or paid pandemic leave, they may be able to access this leave type.

CCIWA offers two COVID-19 eLearning modules as part of its eLearning library. We can also customise an eLearning program for your business.

For more information or to get our experts to review your COVID policies contact CCIWA’s Employee Relations Advice Centre on (08) 9365 7660, or email advice@cciwa.com.

Is your business prepared for a snap lockdown?

During a snap lockdown, businesses are forced to answer the question – are you prepared to move to remote work overnight? Read more...

How to check in on staff welfare during a crisis

A sudden COVID-19 lockdown can come as a shock to the system for many workers, increasing the likelihood of mental health issues coming to the fore.

Can I make my staff get a COVID vaccine?

You’ve done everything you can reasonably do to keep staff safe from COVID-19. Now the vaccine has arrived, but one of your employees refuses the jab. So what can you do to ensure your staff embrace the vaccine? Read More... 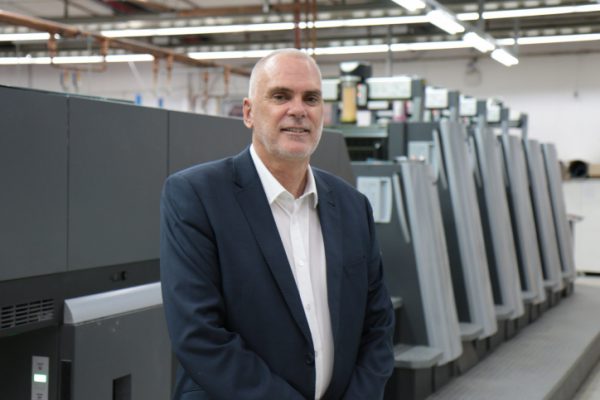