The WA Government has announced that the new WHS Act and accompanying regulations will come into force on March 31, 2022.

Commencement of the Work Health and Safety Act 2020 marks the biggest change to WA’s occupational safety and health system since the 1980s. 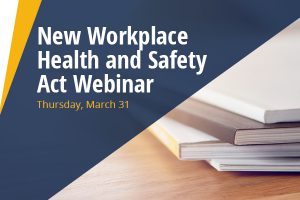 The changes, which bring WA closer in alignment to other Australian states and territories, require a massive update of safety systems and practices.

The new WHS laws impose a primary duty of care on persons conducting a business or undertaking to reasonably ensure the health and safety of workers.

Industrial manslaughter laws will also begin, carrying a maximum penalty of 20 years’ imprisonment and a $5 million fine for an individual and a maximum $10m fine for a body corporate.

Whilst the new WHS Act establishes a single act covering virtually all WA operations, the new regulations will continue to establish differing requirements for the general industry, mining and petroleum sectors.

The following are links to the gazetted regulations:

Transitional arrangements have been established as part of the new regulations, but they do not apply to the operation of the WHS Act.

“Consequently, provisions such as the extended definition of employer (Person Conducting a Business or Undertaking) and the new penalty provisions will have immediate effect,” CCIWA Principal Workplace Relations Advocate Paul Moss said.

Existing codes of practice will continue to operate under the new system until updated, cancelled or replaced.

“The Government is currently amending the national model codes of practice to reflect the WA legislation,” said Moss. “Based on their current progress, these new codes are likely to be implemented after March 31. 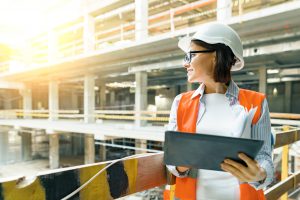 “The national codes will generally replace existing WA codes which deal with the same matter (although in some limited circumstances WA specific provisions may be incorporated into the new code).  WA codes with no national equivalent will be reviewed over the next 12 months.”

WorkSafe has also released its statement of regulatory intent which identifies how it will approach its compliance activities for the first 12 months.

To help members through the changes, CCIWA is hosting a webinar on Thursday, March 31.

CCIWA WHS Practitioner Matt Butterworth and Principal Workplace Relations Advocate Paul Moss will provide an introduction to the new WHS legislation and regulations and outline practical steps to transition to the new system.

For support working through your unique business operations, contact our WHS team on (08) 9365 7415, or via osh@cciwa.com.

Increasing the visibility of disability
Employers are being urged to do more for the vast majority of Western Australians with a disability who aren’t eligible for assistance under the National...
Read more »