WA Climate Action Minister Amber-Jade Sanderson has revealed the State Government will impose an interim 2030 emissions reduction target for all government agencies and trading enterprises and is considering broader industry targets to “provide a signal for investment and certainty for businesses”.

Addressing attendees at CCIWA’s In Conversation on Climate Change event this morning (December 2), the Minister launched a roadmap for Sectoral Emissions Reduction Strategies (SERS), which will shape a sector-by-sector pathway to net zero by 2050, unlock effective climate change abatement solutions and accelerate investment in low-carbon technologies. 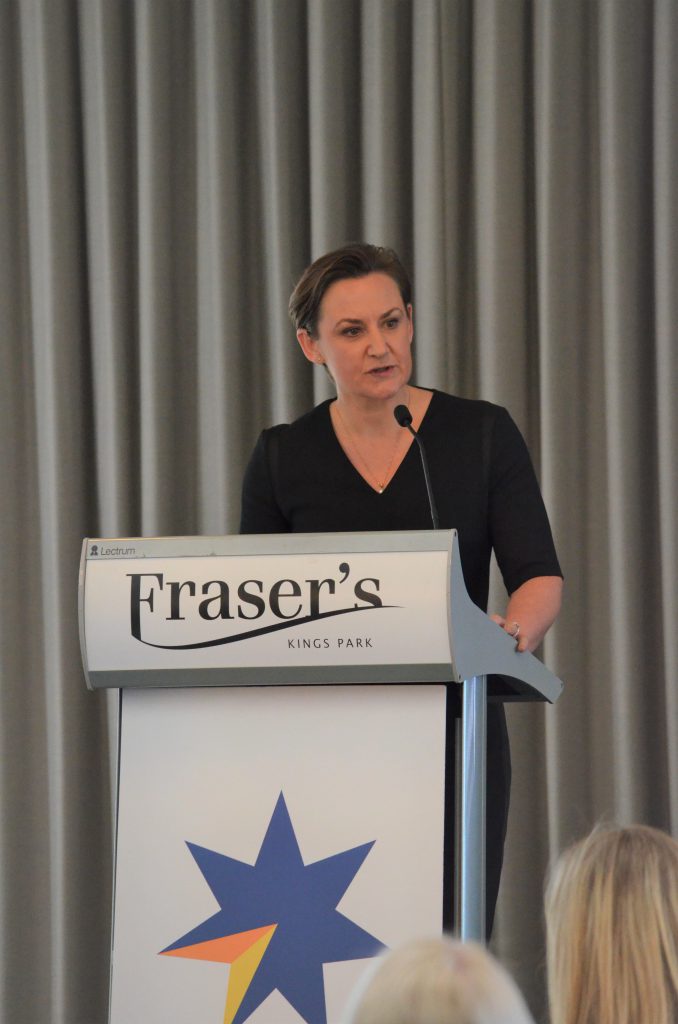 “We chose this event to launch the SERS because it’s about working with industry to map our transition to net zero to protect our international competitiveness and support new industries, like clean energy and manufacturing,” she said.

“The pace and scale of change is accelerating and the economic cost of inaction is rising as global policies and markets mobilise around the low-carbon transition.

The Minister said the SERS will take a bottom-up approach and collectively address all major sources of emissions, including industrial facilities, electricity generation, transport, agriculture, waste and land use to “deliver a credible plan backed by robust modelling to achieve WA’s reduction targets”.

Minister Sanderson said the State acknowledged the government itself is a contributor to WA’s emissions.

“We will set an interim target to reduce emissions from government agencies and trading enterprises in the coming months,” she said. “In consultation with industry, we’re also considering interim targets for the broader economy to set a strong ambition and provide a signal for investment and certainty for businesses.”

She said this included State-owned electricity retailer Synergy, which accounted for 98 per cent of the State Government’s emissions. It was also already actively working with the Collie community on diversifying the town beyond coal mining, she said.

In a Q&A with CCIWA Chief Economist Aaron Morey, the Minister confirmed that the Government would be putting in place mechanisms to manage and enforce sectoral targets, including legislation.

“No Cabinet decision has been made but I think there’s a view generally that that will be an important piece of the puzzle to put in place the framework,” she said.

Not all sectors are equal 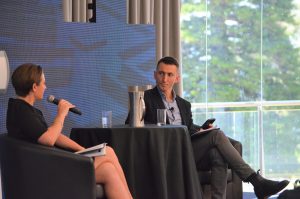 Minister Sanderson said the State recognised “not every sector is expected to decarbonise at the same pace”, and carbon sequestration will be a critical mitigation option for harder-to-abate activities. Partnerships with industry to leverage private sector investment and develop new initiatives to transition the economy and support corporations  in their net zero commitments is also key, she said.

“Together, we will unlock and accelerate emissions reduction by addressing regulatory barriers, supporting breakthrough technologies and stimulating markets for low carbon technologies and products,” she said.

“The message from industry is that it doesn’t have policy certainty and signals to invest. And we intend to address this through the SERS.”

The SERS roadmap will be guided by nine principles and led by a taskforce of seven cabinet ministers spanning portfolios including Energy, State Development, Agriculture and Food, Transport, Water and Lands.

Asked about Federal Government efforts on climate change, the Minister said she supported its “eventual agreement” of net zero by 2050 but argued it “was a conversation that people are having a couple of years ago”.

“Actually the discussion is: what’s happening in 2030, 2040; what are we doing now in this decade? And that’s what’s missing out of that piece,” she said.

Consultation will begin early next year on the SERS framework, entitled “Shaping Western Australia’s low-carbon future”, with Minister Sanderson saying she hoped to have sector strategies in place within 18 months.

“We have an opportunity to position Western Australia as a clean energy superpower, to build new low-carbon industries and support cleaner supply chains,” she said.

CCIWA CEO Chris Rodwell said the chamber was working closely with businesses to identify the most pressing aspects of the climate change challenge and how businesses want to see them solved.

“There’s a breadth of views across the business community and ultimately we play a really critical role in reconciling them to define a position that’s in the best interests of our economy and our community,” he said.

“Business recognises that the expectations of stakeholders, employees, investors and customers have changed. The established and growing expectation is of more sustainable practices, of more demonstrable progress towards environmental sustainable policies. The availability and cost of investment in capital loans and insurance for projects are all shaped by these considerations.”

Canberra ratifies UK, India trade deals
Historic free trade agreements with India and the UK are a step closer with Federal Parliament this week signing off on both deals.
Read more »