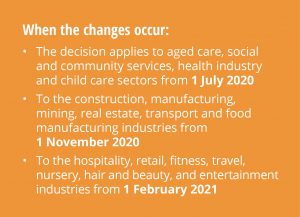 The Fair Work Commission has ordered a $13-a-week increase in the national minimum wage, despite the coronavirus economic crisis.

The introduction of the increase will be staggered for sectors hardest hit by the crisis, like hospitality, retail and travel, but the business community had called for a total wage freeze – the same as occurred during the 2009 Global Financial Crisis.

“Despite reaching the wrong decision, the Commission was persuaded by the Chamber movement’s advocacy to avert a worse scenario, where this increase was more than doubled.” 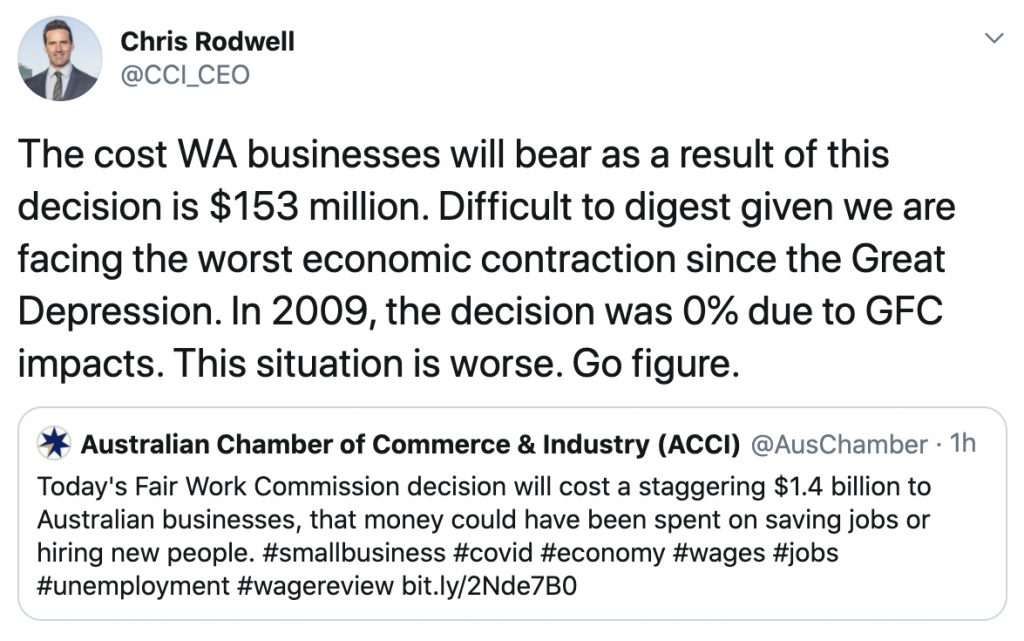 The Australian Council of Trade Unions had campaigned for a 4 per cent, or $30-a-week increase.

For more on the FWC changes, follow this link.