Tony, who died aged 88, is remembered by the business community for his leadership, energy, and yachting accomplishments.

He started his career in his family’s third-generation trucking business, which was forged running camel trains to prospectors in the 1890s.

He continued to lead the company after it was sold to Brambles Industries in the 1960s. 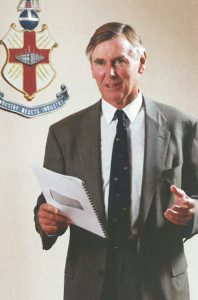 Tony Manford was the first elected President following the 1992 merger to form CCIWA.

A long-time board member of the Confederation of WA Industry (now CCIWA), he became Chairman of the Labour Relations Council before being elected as CCIWA President in 1992.

Past President David Gray says Tony was known for being a proactive person.

“He was well recognized in Western Australia amongst his peers and industry groups,” he said.

“He got on and did things.”

Mr Gray says Tony was highly regarded for his policy work, and what he achieved during his time with the CCIWA.

“There was quite a bit going on in industrial relations around Richard Court’s [Premier of Western Australia from 1993 to 2001] time in government, and Tony was involved in that,” he said. 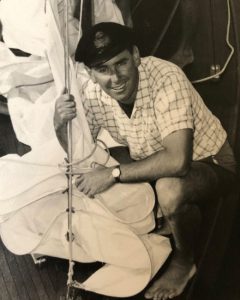 Tony Manford was a passionate member of Australia’s yachting community.

Mr Gray says he first met Tony through the Royal Freshwater Yacht Club, where he remembers Tony as a “very accomplished yachtsman”.

Tony was involved with the Australian Olympic teams in Tokyo (1964 – Reserve Helmsman) and Mexico (1968 – Yachting Captain and Team Manager).

He passed away peacefully at home on June 1, 2020. He is survived by his wife Toby, and his three children, Michael, Susan and Richard.