50% off COVID-19 eLearning – use “openborders” at checkout before Jan 31
CCIWA Member Discount: use “CCIMember2021” for 10% off Auspire Aboriginal Cultural Awareness and Understanding Workshop Feb 3
X 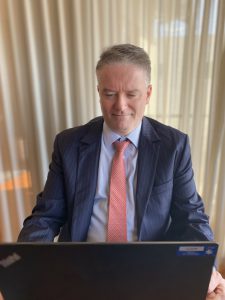 Finance Minister Mathias Cormann has revealed what it was like in the engine room of Australia’s economic response to the COVID-19 crisis.

Minister Cormann spoke about the pressure he felt in a revealing interview with Economic Pulse.

“We were all very conscious about how the decisions that we were making on the health front were going to have serious implications for people’s livelihoods and for their living standards,” he said.

“For a period, it felt like it was impossible to find the bottom of it.”

He said that, at the peak of the drop, the market was finding it hard to cost COVID-19, and “it felt like that a bit internally too.”

On March 12, the Federal Government announced a $17.6 billion stimulus package. Ten days later, a second, $66 billion package was announced. Eight days after that, the government returned with the $130 billion ‘JobKeeper’ wage subsidy plan.

“Once we got to the JobKeeper program, which was obviously a massive, unprecedented decision, that is the first time that I felt somewhat confident that we had put in place what was required in order to be able to carry the country through this period in a way that was relatively safe, economically speaking,” Minister Cormann said.

He spoke about the need to make decisions at a high tempo when the material aspects of the virus were still unknown.

“In the end, all you can do is, one step at a time, [just] work your way through that list and now we can sort of sense that [we’re] getting to the other side of it.”