Since 1995, Malaga-based Steel Blue has been manufacturing 'the world’s most comfortable boot', expanding recently to new markets across the world.

Nearly everyone who’s ever walked onto a WA mine or construction site will recognise the name Steel Blue boots.

“Our goal back then was to make the world’s most comfortable boot. At the time, when we did that, there was no premium marketplace in Australia; most work boots were really made at the budget level and considered a hygiene factor for workers,” Johnson explains.

"We believed workers deserved better, so we launched our premium range of boots with our Tri-sole comfort system, and in that 27-year period we’ve grown to be a world player, now selling our boots across New Zealand, Asia, Africa, Israel, Europe, the UK, and more recently the USA.

Money-back guarantee — that was the key

The second part that really led to Steel Blue’s success was backing its claims with a 30-day money-back guarantee, Johnson says.

“Now at the time when that idea was first founded by a consultant, it’s fair to say all of us around the table — the founders around the table — had a bit of an ‘Ooh, really?’ moment, in terms of if we offered a 30-day money-back guarantee, what would happen?” Johnson recalls.

“And of course the consultant rightly challenged us back and said, well hang on, you said you’re making the world’s most comfortable boots — if that’s the case, stand behind them. We did, and that’s what’s led to our success.”

Walking with the times

Johnson says Steel Blue’s greatest achievement has been the development of a successful internal culture. It’s a culture of wanting to be first, but also wanting to be a responsible business citizen.

“I saw a great sign many years ago saying ‘If you want to be Number 1, train like you’re Number 2’, and that fire remains within — from the very days of our founders having the ambitious goal of making the world’s most comfortable boot.

“[We were] the very first to launch a charity boot, and collectively between our pink and purple boots for breast cancer care and our blue boots for BeyondBlue, we’ve raised over $2 million for those charities.

“And, more importantly, each of those pair of boots has got a message around their services and how one can access them. So to me, that’s a great achievement.

“We were the very first to launch a sustainability report in our industry. As an organisation, we’re proudly Scope 3 carbon-neutral; we’ve signed our RAP; we’re a signatory to the Modern Slavery Statement. We’re making progress across the board in a wide range of areas including diversity.”

Steel Blue has been a long-time CCIWA member, and Johnson lists three key reasons for that.

“In terms of the voice, I think you can be quite lonely: one business can champion a cause, but many businesses together can have amplification — and that’s what CCIWA does.

“Whether that be on payroll tax, which has been well supported, or it be on changing close-contact rules, or whatever it may be: we can get our message through — and you just can’t do that as one individual business.”

Local manufacturing companies need support — especially with respect to industrial relations, Johnson says — and Steel Blue now gets in touch with CCIWA earlier rather than later.

"In terms of support, it really came to the fray just recently — prior to COVID we made the decision to invest in new machinery purchases to manufacture our boots here in Western Australia. That’s an over-$2 million investment, so a big investment for a business of our size," Johnson says.

“We ordered the machine, it was being delivered but we couldn’t get the technician out from Germany to commission the machine.

“We were in a fair state of stress about that, so I reached out to Aaron Morey and Chris Rodwell, and they gave us a few contacts within government at a State and Federal level.

"We reached out to those contacts, put our case forward, and lo and behold, we managed to get the exemption for the technician to come in from Germany.

"We had our machine up and running, we had the Premier and Chris out here in 2021 to commission that machine, so that was a great outcome for us."

Since 1995, Steel Blue has been manufacturing “the world’s most comfortable boot”, and they’ve recently expanded into new markets. 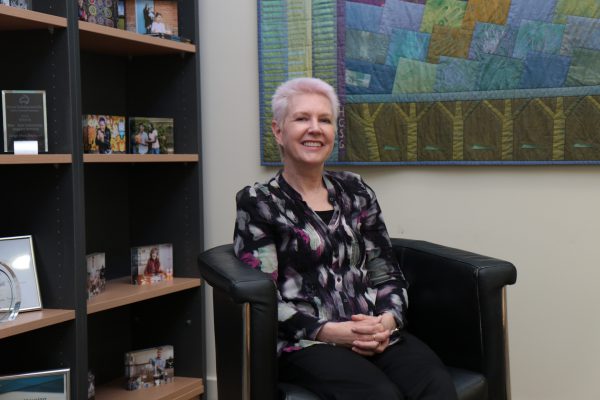 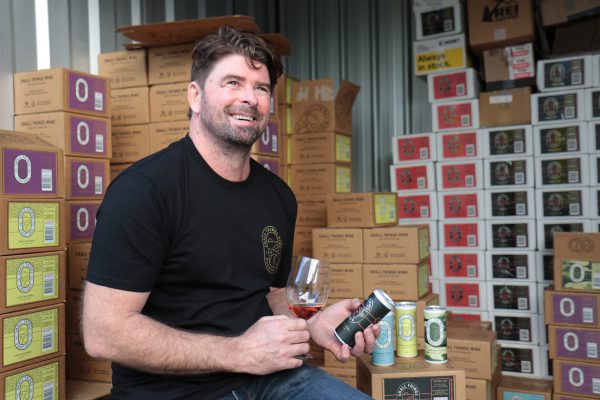 Where you enjoy wine is more important than the container it comes in, says WA innovator Small Things Wine.

We’re seeing more and more electric vehicles on the road — and for one enterprising electrician, that’s sparked a new business venture.