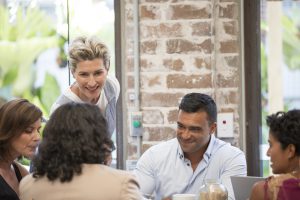 Click on the image above for our ‘IR reforms: a guide for business’.

The Federal Government has introduced its industrial relations reforms to Parliament today following much-publicised IR roundtables, of which CCIWA was a part.

Key changes include a definition of ‘casual’ employment, eight-year pay deals for major projects, some relaxation of enterprise agreement requirements, and greater flexibility for distressed industries.

The Federal Government says the omnibus bill will give employers the confidence to hire through increased flexibility and greater certainty.

In what will be a significant relief for most businesses, the Bill cements into the Fair Work Act offset provisions that employers can use casual loading to offset claims for paid leave entitlements.

The changes follow controversial rulings over the last year that saw businesses exposed to casual double payment on entitlements.

The Bill includes a definition of casual employment that has a new focus on both parties’ intention when the employer first hired the employee, which will provide greater clarity on the nature of the employment arrangement.

However, the Bill also grants staff the right to elect to convert to a permanent role after 12 months of regular employment, subject to a reasonable right to refuse.

WA’s resource sector is expected to benefit from the Bill’s extension of the timeframe for greenfield agreements, which are a type of enterprise agreement for new projects.

The new eight-year greenfield agreement timeframe for major projects (with capital investment greater than $500m) will remove the risk of industrial action occurring mid-project, as happened with the Gorgon, Curtis Island and Ichthys LNG projects.

The changes are expected to encourage investment in long-term projects.

The IR reforms include tweaks to the ‘better off overall test’ (BOOT) fairness test for enterprise agreements—the system that allows employers to build workplace-specific deals.

The changes will require the Fair Work Commission to focus on existing or foreseeable work patterns, rather than unlikely scenarios, when deciding whether all workers will benefit from new workplace deals as required.

The Bill also lifts or reduces some minor procedural requirements in building the agreements, and places limits on who can act as a bargaining representative as well as FWC approval processing times.

These reforms will help make enterprise agreements a more viable option, but won’t address the key limitations of the system

However, despite a recent WA inquiry showing that most employers are trying to pay staff correctly, the Federal Government has included provisions that criminalise underpayments.

Employers face up to four-years imprisonment and fines of up to $5.5 million where they are found guilty of “dishonestly engaging in systematic underpayment of employees”.

The Government is also taking the unorthodox steps of providing the FWC with a role in enforcing their own awards.

Members can find more via Business Toolbox, IR reforms: a guide for business.

For a quick sense check on your underpayments risk, click here.