Collaboration and bilateral trade and investment engagement were on the agenda at a meeting in December between CCIWA’s trade centre and Swiss Ambassador to Australia Caroline Bichet-Anthamatten and Honorary Consul Marc Montandon.

The meeting, held at CCIWA’s CBD office in Perth and covered: 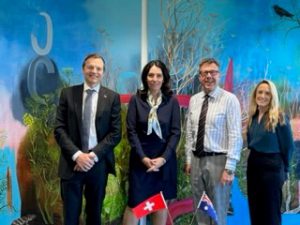 Michael Carter, head of CCIWA’s International Trade and Investment Centre, said ITIC was keen to collaborate with the Embassy and Swiss Chamber of Commerce to facilitate an inbound Swiss investment and trade mission to Western Australia.

“These inward missions have been both in-person and hybrid delivered programs encompassing market awareness, business matching and networking activities for the Swiss visiting delegation,” Carter said.

“The Swiss domestic market is small, so Swiss SMEs which want to grow have to look abroad,” she said.

“Naturally, due to Switzerland’s geographic location and the close economic ties with the European Union, many Swiss companies first expand into the European market, before they look further abroad.

“The pandemic, as well as the war in Europe, which affected/is affecting supply chains globally, has made many companies rethink their expansions abroad and some companies are now looking at alternative markets and alternative supply chains.”

She added: “This could also include Western Australia, which Swiss companies see as a great opportunity in terms of the cleantech/renewables sector.”

Buzzolini said Swiss companies excel in the cleantech sector, with the technology being used for the first waste-to-energy plant in Western Australia being provided by Swiss-headquartered Hitachi Zosen Innova.

“Until now, some of the challenges for the smaller Swiss companies to pursue Australia has been distance and time-difference, but the companies which have established in Australia are very successful here,” she said.

Inquiries from WA companies wanting to invest in Switzerland should be directed to Mascia via Trade Point Australia at mascia.buzzolini@eda.admin.ch. 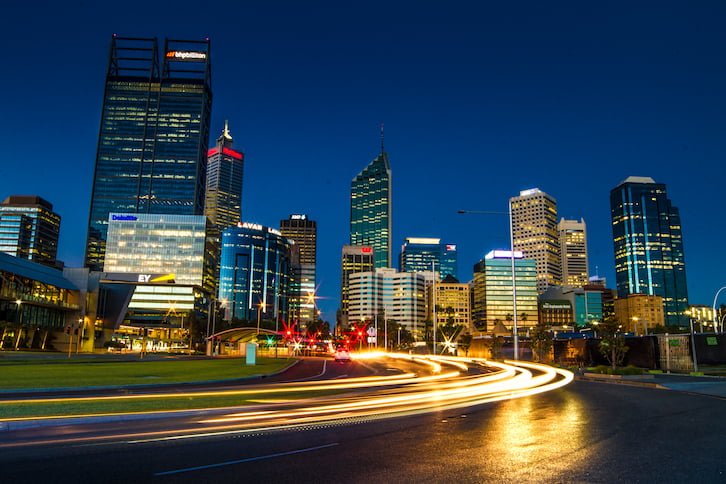