Unemployment levels in WA have plummeted to 4.6 per cent, as the number of working Western Australians reaches record highs.

Australian Bureau of Statistics (ABS) July labour force report revealed that about 6,500 people in WA found a job in the last month, pushing the total number of employed people to a record high of 1.4 million.

This is WA’s lowest unemployment rate since December 2013 and matches the national average, which held steady last month. 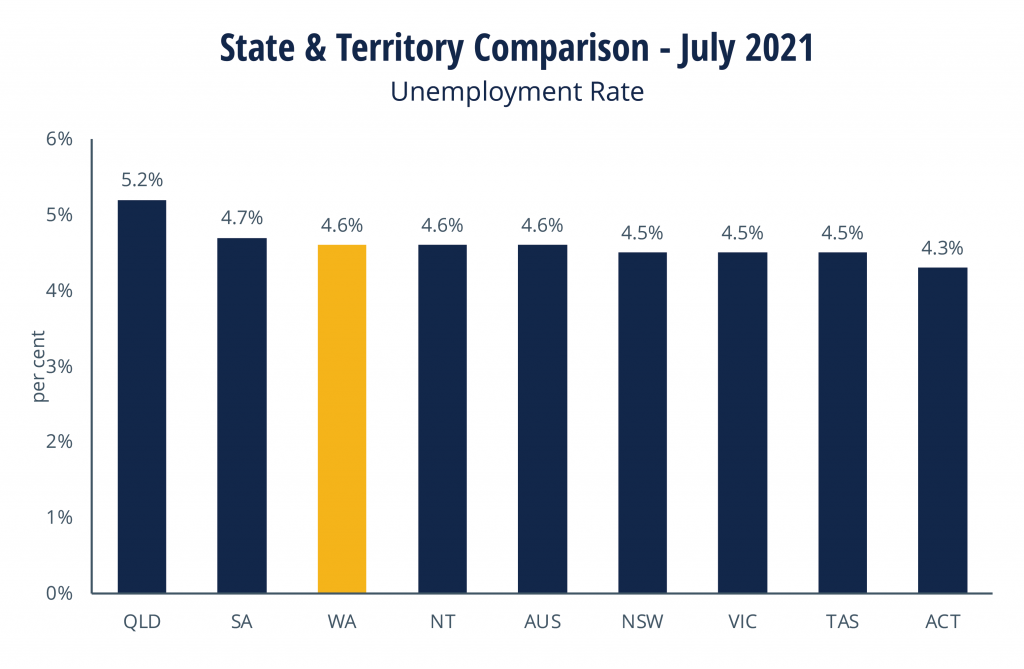 During July, 7,000 additional full-time jobs were created and there were 500 fewer part-time roles.

About 5,200 women found employment over the month, meaning there are 7,100 more women in full-time jobs than before the pandemic.

“It’s another sign we desperately need overseas workers,” he said. 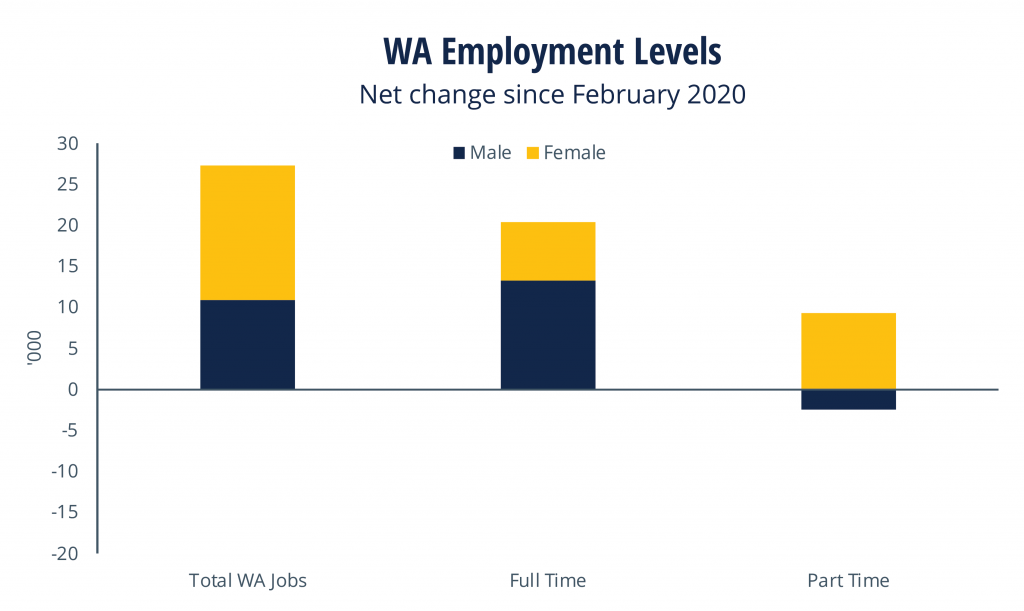 The ABS said in a statement, “the declining unemployment rate continues to coincide with employers reporting high levels of job vacancies and difficulties in finding suitable people for them.”

July unemployment levels in other States were also low, with NSW and Victoria at 4.5 per cent, South Australia at 4.7 per cent and Queensland at 5.2 per cent.