A carrot and stick approach would “move the needle” on COVID-19 vaccination rates in WA, with the pandemic remaining an anchor on confidence for more than half of West Australians, according to CCIWA’s latest Consumer Confidence Survey.

The survey of WA households found consumer confidence ebbed slightly in the September quarter after swelling to record highs in March, though short and longer-term expectations remain well above pre-pandemic levels. 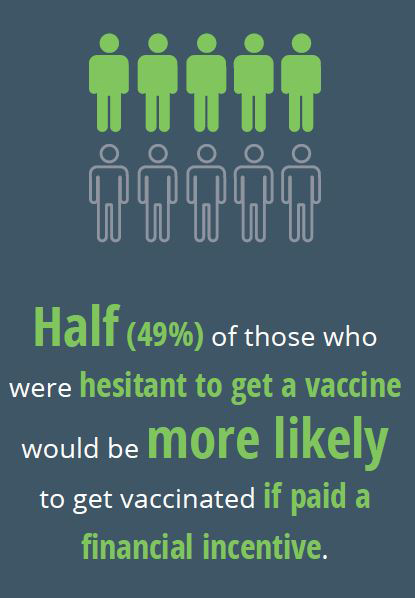 More West Australians expect stable conditions (55 per cent) in the short term, while one in three (33 per cent) expect conditions to improve. An unchanged 52 per cent of WA households expect the economy to get stronger over the next 12 months.

For the fourth consecutive quarter, the State Government was the top factor sustaining household confidence in WA (63 per cent). Household confidence was also buoyed by record-low interest rates (38 per cent). With Australia’s largest states experiencing COVID restrictions, domestic economic news dampened the outlook of one in three (29 per cent) West Australians. Concern about an outbreak in WA has inched up to 58 per cent, after falling for the past 15 months.

The report also highlighted the reasons behind WA’s “vaccine ambivalence”, and the best measures to fix it.

Of those yet to get a jab; half (55 per cent) still intend to be vaccinated; one in three (33 per cent) are hesitant; and (12 per cent) indicated they won’t get a vaccine.

Of those yet to be jabbed, 63 per cent said they are worried about side effects. Around one quarter (25 per cent) are “sceptics,” either not trusting the Government or not trusting vaccines. One in 10 (11 per cent) just don’t like needles.

Breaking down the demographics of reluctant West Australians, the report found:

“Surpassing the vaccination level of 80 per cent articulated in the National Plan is the only way WA businesses and households can leave behind the painful era of economic lockdowns and closed borders,” said CCIWA Chief Economist Aaron Morey.