The State Government should set a date to reopen WA to the rest of Australia by Christmas in a bid to boost the State’s vaccination rate, says Chamber of Commerce and Industry WA CEO Chris Rodwell.

Editor’s note: This article was updated on October 15 to reflect NSW’s announcement on reopening globally from November 1.

“Ultimately we do need to be setting a date — that would get people who are currently hesitant or putting it off, certainly getting their vaccination,” he said.

Health Department data shows as of October 12, 55.5 per cent of West Australians aged 16 and over are fully vaccinated against COVID-19.

Rodwell said based on WA’s current seven-day rolling average of 25,000 doses a day, the State was poised to hit an 80 per cent fully vaccinated target by early December. 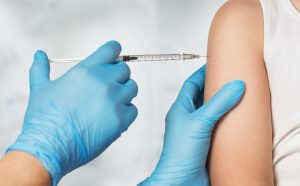 He suggested the State Government monitor the numbers over the next few weeks “and then think about saying ‘let’s give six or seven weeks to people so they can get their first and second dose before Christmas and let’s hopefully open up for 2022 or for Christmas itself — either Christmas Day or New Year’s Day”.

“That makes a lot of sense. We still need to watch those numbers but … the supply is not an issue and the demand is there, so let’s hope we can do that,” he said.

He added: “It’s important for the business community and for our economy, ultimately. If we want to move into different sectors — into batteries, into hydrogen, into green technologies then we need to be able to press the flesh to do that.”

‘Keep on getting vaccinated’

Rodwell said with New South Wales reopening locally today, WA needed “to work out how we, in some way, introduce COVID so that we can open up eventually”.

On Friday (October 15), NSW announced that from November 1 domestic and international travellers will not have to quarantine on arrival. They will need to be fully vaccinated and test negative for COVID-19 on departure and arrival.

NSW is close to hitting 80 per cent double vaccination.

Rodwell acknowledged there were thresholds that WA needed to meet to “protect the safety of everyone”.

“The clear thing that we’ve got to do is keep on getting vaccinated, because there’s a trade-off now with New South Wales opening up in that … we have an internally open economy here in WA, whereas other economies, other states and countries will be increasingly open to international markets and other state markets,” he said.

“That has impacts, of course, for business.”

CCIWA’s latest Consumer Confidence Survey, released earlier this month, found a carrot and stick approach would “move the needle” on COVID-19 vaccination rates in WA, with the pandemic remaining an anchor on confidence for more than half of West Australians.

The report also highlighted the reasons behind WA’s “vaccine ambivalence”, and the best measures to fix it.

Of those yet to get a jab; half (55 per cent) still intend to be vaccinated; one in three (33 per cent) are hesitant; and (12 per cent) indicated they won’t get a vaccine.

Of those yet to be jabbed, 63 per cent said they are worried about side effects. Around one quarter (25 per cent) are “sceptics,” either not trusting the Government or not trusting vaccines. One in 10 (11 per cent) just don’t like needles.

“That’s the fundamental piece — you’ve got trustworthy information and people will more than likely get that vaccination,” Rodwell said.