“I’m more than a glass half full about the economy. Growth is higher, unemployment is lower and wages are strengthening.”

Federal Treasurer Josh Frydenberg offered an optimistic outlook on the Australian economy at CCIWA’s Breakfast with the Treasurer event this morning. 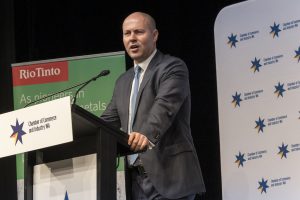 “And of course, you’re an amazing driver of exports, not just iron ore and gold, but across the board including in agriculture.”

In a wide-ranging address, he discussed key business incentives in last week’s 2022-23 Federal Budget, the Government’s economic plans for developing the technology and innovation sectors, and national security.

The Treasurer said the Budget had improved the bottom line by more than $100 billion in the fastest fiscal consolidation in Australia in more than 70 years.

He said there are 375,000 more Australians in work today than at the start of the pandemic. This is compared to the US where there are 2.5 million fewer Americans in work over the same period.

He also reinforced the Prime Minister’s comments at a CCIWA event last month in which he positioned WA as a future powerhouse of the critical minerals industry. The Treasurer yesterday announced that the Government would provide mineral sands miner Iluka Resources with a $1.25b low-interest loan to develop a rare earths refinery in Eneabba.

He said amidst the “intense” week that surrounds Federal budgets, a personal highlight was the listing on the Pharmaceutical Benefits Scheme of the drug Zolgensma, which treats Spinal Muscular Atrophy and costs $2.5 million for a one-off treatment, and Trodelvy, which treats stage three and four breast cancer.

“It was a reminder of what you can do with a strong economy,” he said. 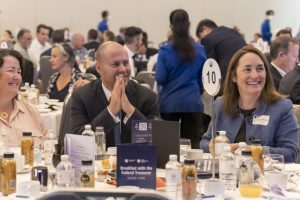 The Treasurer said the $3.8b Budget commitment for skills reform included entering a new skills agreement with states in which the National Skills Commission will play a central role in ‘efficient pricing’, with greater transparency and consistency across courses.

“We need to better align what industry, i.e the businesses in this room, need for skills and what our educational institutions are providing,” he said.

“We need to move away from untied Federal Government grants to more tied funding and that is a significant structural reform that we’re keen to follow through.”

He said commercialising innovation and technology was another key Budget measure.

Frydenberg said Russia’s war on Ukraine was “threatening the international rules-based order that has underpinned peace and stability and prosperity in our country and the world for the better part of 70 years since the end of the Second World War”.

“Make no mistake, there is a brewing battle in the world between autocracies and democracies,” he said.

The Treasurer said the GST deal, which delivers a minimum 70 cents in the dollar from GST receipts back to WA, was locked in.

“We fought hard to get a fairer deal for the people of Western Australia,” he said.

He added: “We will continue to invest heavily in WA as we’ve done around hospital funding as we’re doing around infrastructure projects, as we’re doing across a whole host of areas including identifying the Pilbara as a further area of economic growth for our country.” 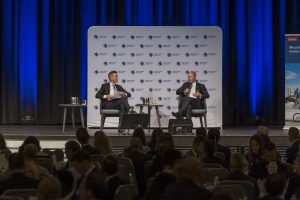 During a Q&A with CCIWA Chief Economist Aaron Morey he said the Government’s plan was for the Productivity Commission’s GST review to take place as scheduled by the end of 2026.

“Our plan is for that review to take place on the scheduled time,” he said.

“As the peak organisation and voice for business in WA, CCI knows the full potential of our economy can only be achieved when we unleash the full productivity of our workforce, particularly women,” she said.

“It’s particularly timely and pleasing that in the 2022 Budget it introduces a key CCIWA recommendation enabling all women to balance their return to work and for dads to take more parental leave, if they choose.”

CCIWA CEO Chris Rodwell said the “CCIWA Budget yardstick” is measured against the commitment to free enterprise, plan for economic growth and business investment, and whether it will deliver higher living standards and shared prosperity.

“Ultimately, business growth is the type of growth that will stitch up a better future for Australia. And we know, Treasurer, it’s been a consistent focus of your budgets,” he said.