Businesses in the CBD bore the brunt of Perth’s snap lockdown, as mobility data reveals a dramatic slump in foot traffic in the area during the five-day period.

During lockdown, foot traffic in Perth’s retail and recreational spaces fell 86 per cent below the baseline – representing a normal day before COVID-19 – Google mobility data reveals.

This was a 68 per cent drop from the previous week. 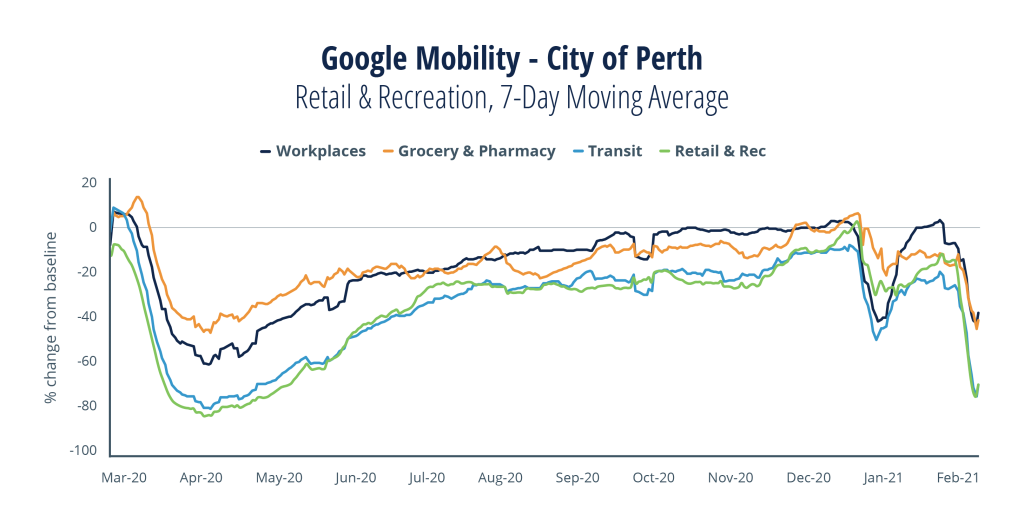 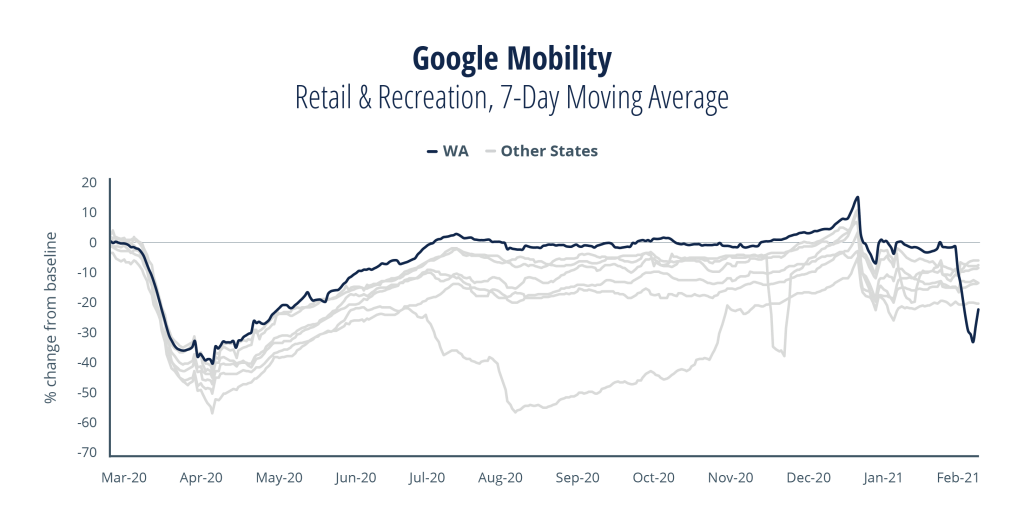 Data analytics group Xsights observed a 10.5 per cent drop in store traffic for independent metro supermarkets during the first day of lockdown, compared with the Monday prior.

The Perth-based company also noticed a 14.3 per cent drop in store traffic through independent liquor stores during lockdown week compared with the week before.

While COVID-19 restrictions have kept people at home and accelerated the shift to online shopping, the battle for foot traffic was being waged long before the pandemic.

Most businesses CCIWA surveyed as part of its recent report into retail trade believed that relaxing restrictions on trading hours would help bring more activity to our shopping precincts.

‘Time to Open’ reveals 71 per cent of retail business and 64 per cent of small businesses support reform in retail trading, particularly for removing restraints on weekend shopping.

The report shows that easing WA’s shopping restrictions would increase patronage in retail trading districts and turnover for small business and create jobs and hours of work for the 36,000 young Western Australians out of work and the 102,600 Western Australians who need to work more hours.

Economic analysis pinpoints the rapid growth seen in other States following the deregulation of retail trading hours, unlocking a more than 25 per cent increase in retail turnover in three years.

In Tasmania, retail employment grew 17 per cent post-reform in 2002 – almost double the national rate. Hours worked surged by 2.1 million hours, an increase of 7.7 per cent. 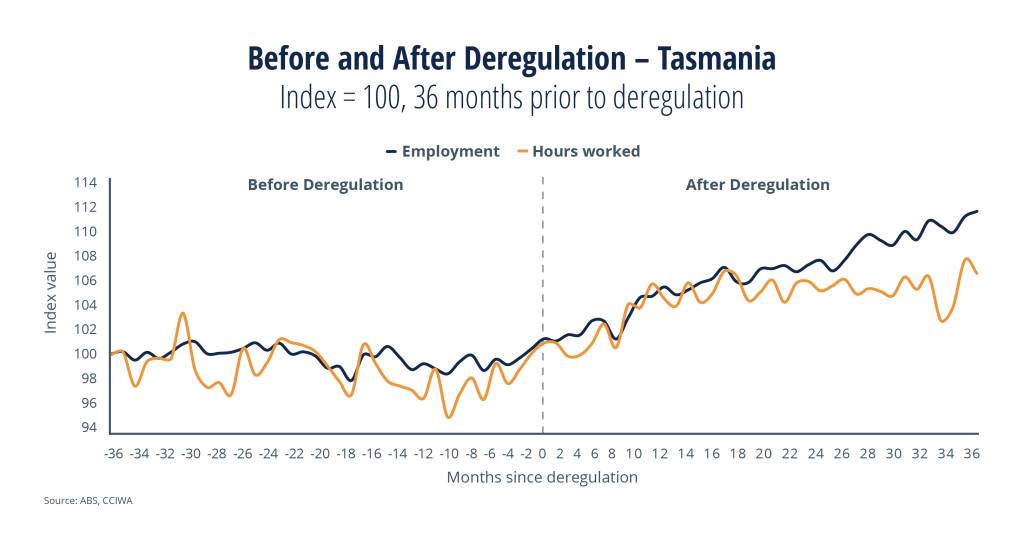 Read the full report and our media release.