The Industrial Relations Legislative Amendment Bill 2021 has passed WA Parliament, marking a number of changes to the State’s employment laws that impact on WA businesses.

Whilst the changes, expected to come into force in February or March next year, largely affect employers covered by the State industrial relations system, there are a number of amendments that will impact on all WA businesses, including:

These amendments will have significant impact on WA businesses, with CCIWA’s concerns heavily reflected during parliamentary debate on the Bill. 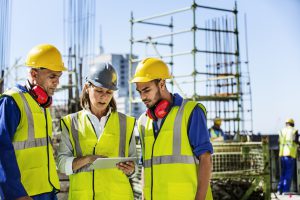 For employers covered by the State industrial relations systems (generally sole traders and some not-for-profit organisations) the Bill also introduced several new obligations that already apply to businesses covered by the Fair Work Act, including:

The definition of employee will also be amended to remove the current exemption for domestic workers and persons employed solely on commission/piece rates.

CCIWA Principal Workplace Relations Advocate Paul Moss said most of the amendments for State system employers have been cherry-picked from the Fair Work Act to increase the obligations on employers without any of the improved flexibility.

”However, for many small businesses there is also the opportunity to alter their business structure to move into the national industrial relations system.”

For advice on IR laws and your workplace contact CCIWA’s Workplace Relations team on 1300 422 492 or via BusinessLawWA@cciwa.com.