WA’s unemployment rate has plummeted to its lowest level in more than seven years as the State recovers from the economic impact of COVID-19 and commodity prices surge.

The State’s unemployment rate fell to 4.8 per cent in March, a massive 1.3 percentage point drop from February, according to Australian Bureau of Statistics figures.

The number of hours worked increased by 9.2 per cent from February to March, which saw underemployment levels fall by 17,000.

The last time unemployment in WA was so low was in December 2013 during the mining boom when it was 4.4 per cent. At the peak of the construction phase in July 2012, WA’s unemployment was at 3.6 per cent.

CCIWA Chief Economist Aaron Morey said these figures were buoyed by the State election, when thousands of people would have been employed by the WA Electoral Commission.

“In addition, just about every global commodity in the market is lining up in WA’s favour,” he said.

“There is also a pipeline of significant housing construction that’s flowing through.”

Morey said businesses were adjusting in response to wage pressures that are building in the economy.

WA’s handling of COVID-19 and the fact that mining comprises 43 per cent of the State’s economy has seen the State recover to lower than pre-pandemic unemployment levels, he added. 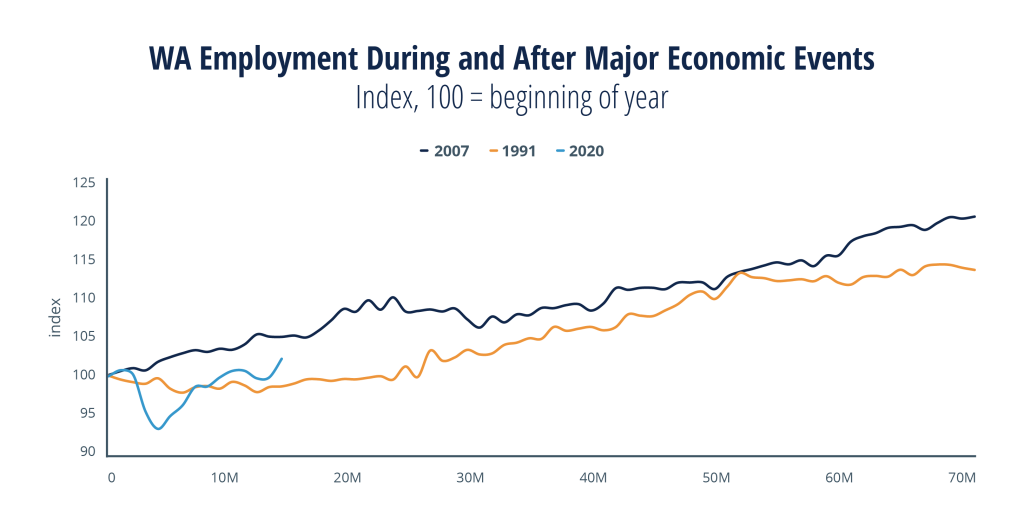 WA’s unemployment rate was the second-lowest in the country after the ACT at 3.4 per cent. This was followed by NSW (5.4 per cent) and the Northern Territory (5.6 per cent).

Nationwide, the country’s unemployment rate was 5.6 per cent in March.