Robots are coming to Neerabup

Driving under a newly built flyover bridge, the City of Wanneroo’s Manager Advocacy & Economic Development Steve Marmion is on his way to inspect the NIA, a key strategic development for Wanneroo’s rapidly expanding workforce.

The NIA was first sited in the 1970s and is home to a core group of businesses, from the immense hydroponic warehouses of Trandos Farms to concrete plants and panel beaters. 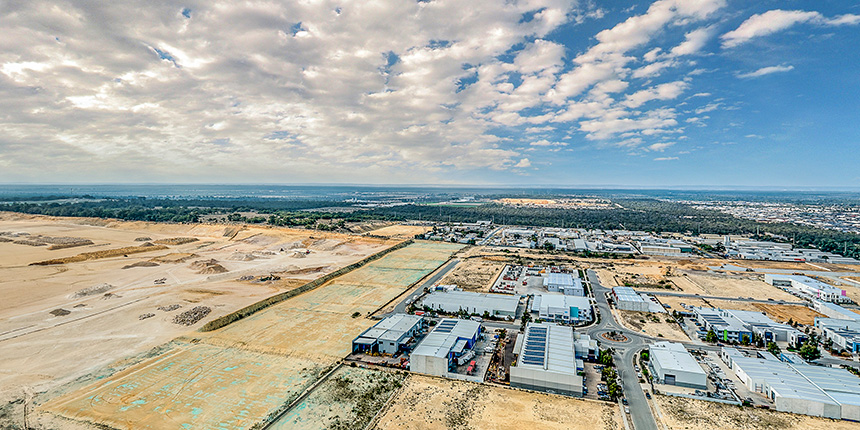 Driving through the area’s signposted streets ready for more buildings to arrive, Marmion points out the excavators digging out tonnes of sand and limestone — an immense task.

In October, the State Government announced a 51-hectare development at the NIA for the Australian Automation and Robotics Precinct (AARP) for testing new technologies like remotely controlled machines.

“We are very excited that the area has attracted a ground-breaking project to develop an Australian Automation and Robotics Precinct, backed by a State Government investment of $20 million,” says City of Wanneroo Mayor Tracey Roberts.

“Our focus is to support the development of this precinct to help attract more businesses to the area and ensure jobs of the future are available for our local workforce.”

With AARP established, Neerabup could become a hub for technology companies supporting sectors from the mining industry to motorsport — especially as a raft of major infrastructure developments there accelerate.

In addition to opening up the NIA for creating future technologies, the City is investigating a Waste Precinct and scoping a potential solar microgrid to provide renewable power.

These could make the NIA more self-sufficient and boost Wanneroo’s green credentials.

Read the full story in the upcoming summer edition of WA Works magazine.

A WA Works tour of Wanneroo's new Neerabup Industrial Area (NIA) reveals plans to transform the northern suburbs industrial park into a tech hub and economic pillar.
Our WA Works content is only available to subscribers

WA Works is a subscription-based service and the number one source of WA supply chain and major project news. Our team of well-connected and industry-wise senior journalists produce exclusive, well-informed content that reflects the diversification and innovation vital to the pace of WA's transitioning economy.
Subscribe Today Already a member? Login
Login