Speaking at CCIWA’s recent Levelling Up webinar, the Minister described the steps the State is taking to accelerate the growth of its renewable hydrogen industry.

The State Government last month announced it would bring forward the WA Renewable Hydrogen Strategy from 2040 to 2030, investing $22 million in nine initiatives driving the growth of the sector.

Renewable hydrogen, which is a mechanism for storing renewable energy in the form of hydrogen gas, is expected to create local jobs for the State and help aid its economic recovery. 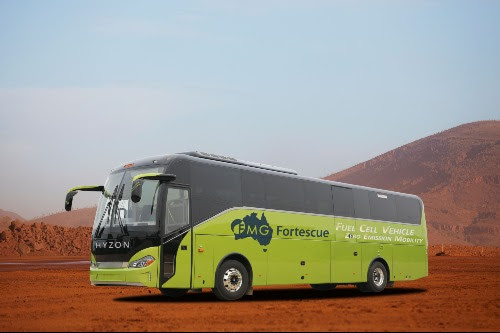 Fortescue is planning to add 10 hydrogen-powered coaches to its operations in the Pilbara from mid-2021 in its drive towards zero-emissions mobility.

“I certainly think that this will be incredibly good for regional development. In the Mid West around Geraldton, we could see a real hydrogen production industry develop around there,” she said.

“Likewise looking at the Pilbara, I think it could be quite transformative for the Pilbara to actually be having so much of that energy produced remotely and then having those manufacturing opportunities.

“I think it will create a major opportunity for the growth of some of our some of our regions.”

MacTiernan said the Oakajee industrial area in the Mid West could act as a potential hub for renewable hydrogen, and the government had received expressions of interest using that area to store energy.

For more on renewable hydrogen, check out CCIWA’s latest edition of WA Works.